Lessons from the Dada Literary Movement 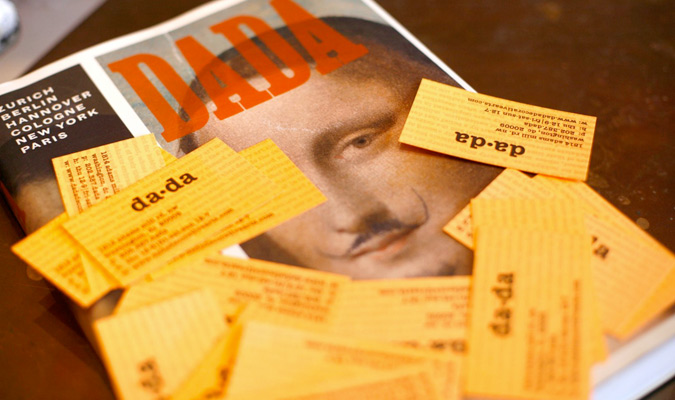 In June of 1916, Hugo Ball appeared on stage at the Zürich-based nightclub Cabaret Voltaire, where he performed a series of his new sound poems. These poems were constructed sequences and unrecognizable sound-words, and Ball was wearing rigid, shiny blue cardboard cylinders as he spoke. This was one of the defining moments of Dada literature and expression, and though characteristics of the movement have since been induced in more subtle ways, they continue to influence contemporary poetry and writing. Below are ways that writers today use principles of Dada to inform their writing.