Five Books that Would Have Made Oscar-Worthy Films 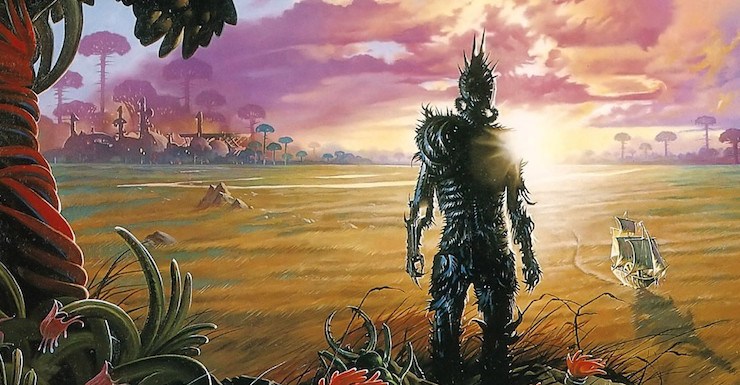 You often see speculation about the next SF/F book series Hollywood should make into a trilogy of big-budget films. That’s understandable, since spec fic is rife with action-packed series played out against visually impressive backdrops. But there are others SF/F novels out there. Some are beautiful, lyrical novels that aren’t suitable for blockbuster trilogies, but would make the sort of film that takes home Academy Awards. Where has Hollywood missed out on SF/F novels with emotionally powerful, memorable stories that might have merited a Best Picture Oscar? I’m going to consider only older books—pre-2000—because it’s always possible newer books are currently in development as films. 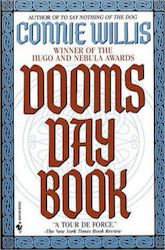 How is this book not a movie? Not only is Doomsday Book an emotionally wrenching and unforgettable story, it has something else Hollywood loves: a premise that can be summarized in one line. A time-traveling researcher who is sent back to the Middle Ages is accidentally dropped into the middle of the Black Death pandemic. It’s a bleak novel, and it would make for a bleak film, but with all of the films out there about theoretical pandemics of apocalyptic proportion, isn’t it time for a film exploring the actual pandemic of apocalyptic proportions humanity survived? 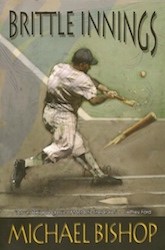 In Bishop’s gorgeous baseball period piece, young shortstop Danny Boles leaves home to play minor league baseball in the deep south during World War II. His roommate is the well-read and articulate Henry Clerval, who is seven feet tall and hideous. Brittle Innings came very, very close to getting the big-screen treatment. So close, in fact, that the cover of some editions includes a Soon to Be a Major Motion Picture tagline. The film was set to star Arnold Schwarzenegger as the eloquent giant Henry Clerval. And then, as so often happens in Hollywood, things fell apart, and the film was never made. It’s a shame, because it’s a wonderful story with a brilliant twist.

The Moon and the Sun by Vonda McIntyre (Pocket Books, 1997) 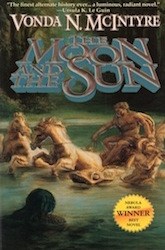 A sentient sea monster is captured and placed in the fountain at Versailles during the reign of Louis XIV, and a woman at the court forms a deep emotional bond with the creature. The plot is reminiscent of The Shape of the Water, although The Moon and the Sun was published twenty years before Guillermo del Toro’s Oscar-winning film. For my money, The Moon and the Sun is the richer of the two stories, and the critical success of The Shape of the Water hints at how The Moon and the Sun might be received if it ever reached the big screen. This one is an odd case, because as it turns out, The Moon and the Sun has actually been filmed! It was set for release in 2015, then just three weeks before it was to come out, Paramount cancelled the release. The film was then retitled The King’s Daughter, and here we are, three years later, with no release date set. 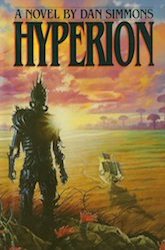 Hyperion follows seven pilgrims, each of whom tells their story as they travel to the time tombs to encounter the mysterious shrike. This would be a challenging novel to adapt, and veers closer to big-budget Hollywood blockbuster territory than the others, but if it were well-executed a Hyperion adaptation might look something like Cloud Atlas. Hyperion has been almost continuously optioned for film since its publication, but evidently no one was able to create a satisfactory screenplay. The entire Hyperion Cantos series is now in production as a TV miniseries, slated to air on SyFy. Perhaps a TV series is a better medium for such an ambitious novel, although it would have made quite a film. 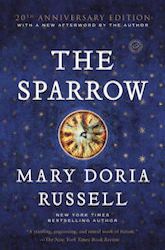 Powerful and gut-wrenching, delving into questions of theology and ethics, The Sparrow recounts the story of a Jesuit Priest’s experiences on a planet that is home to two distinct sentient species. Not one, but two attempts have been made to bring The Sparrow to the big screen, the last with Brad Pitt slated to play the lead role of Father Emilio Sandoz. On her blog, Ms. Russell wrote that neither screenplay had much in common with her novel. She has since revoked all film rights, and co-wrote her own screen adaptation. Evidently that version hasn’t gotten much traction. Sigh.

When I compiled this list, all I knew for sure was that none of these novels had been released as a Hollywood film. A little research revealed that film adaptations have been extensively pursued for at least four of the five, and I’d wager a first edition of Doomsday Book that there’s an extensive film option history behind it as well. It just goes to show, Hollywood will break your heart.

Will McIntosh is a Hugo award winner and finalist for the Nebula and twelve other SF/F awards. His novels include Faller (Tor Books), Love Minus Eighty (Orbit) and Soft Apocalypse (Night Shade), and three of his novels are currently optioned for film or Television. His newest book, young adult novel The Future Will Be BS Free, came out July 24 from Penguin Random House. Will was a psychology professor before turning to writing full-time. He lives in Williamsburg with his wife and their twins. You can follow him on Twitter @willmcintoshSF, or on his website.