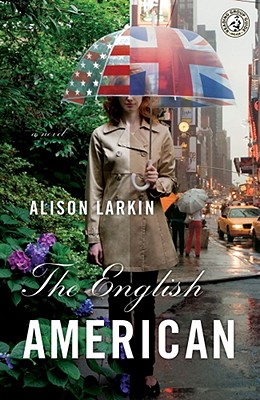 Twenty-eight-year-old Pippa Dunn is a cheerfully awkward fish out of water - an untidy redheaded bundle of energy in a posh, buttoned-up London neighborhood. She has always loved her adoptive English parents and sister, Charlotte, while knowing that she was adopted - or, as her parents tell her, "You were chosen, darling." But not knowing where she truly comes from, Pippa starts to wonder... who are her birth parents? Are they ebullient and creative, like Pippa? Are they rich and charismatic? Is she a long-lost Kennedy daughter?

When she learns that her mother is a free-spirited redhead (like Pippa!) living in Georgia and that her father is a politically inclined businessman in Washington, D.C., Pippa takes the plunge and crosses the pond to discover her roots. She is soon caught between two opposing cultures, two sets of parents, and two completely different men. Pippa is about to learn the real meaning of "nature versus nurture," of "culture clash" - and of the full richness (and chaos) of her identity as an English American.

Inspired by Alison Larkin's hit autobiographical one-woman show, The English American is a hilarious and poignant look at love, family, and identity.

Along with a host of other accolades, The English American was named by Vogue magazine as the Most Powerful Book of the Season and by Redbook magazine as the Book Club Pick of the Month.

"Larkin's debut novel takes a comedic but heartfelt look at issues of identity, heredity, and self-acceptance... Pippa is a complex, compelling character - truly an amalgam of her heredity and her environment — and readers will root for her as she uncovers her roots and finds herself."
- Publishers Weekly

"Drawn from Larkin’s own life, this debut novel - like Pippa herself — is smart, funny, and utterly charming."
- Booklist 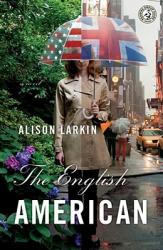