What was the Gunpowder Plot?: Large Print (Paperback) 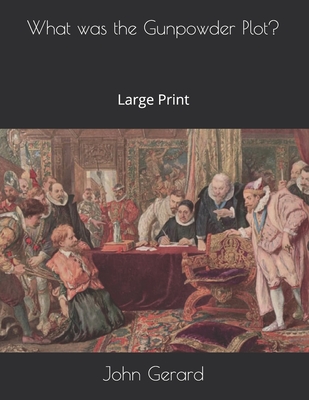 By John Gerard
$16.99
UNAVAILABLE-Possible Reasons: Backordered, Out-of-Stock, or Out-of-Print (But email us to search for a copy.)

Book Excerpt: .... In a chamber beneath the House of Lords had been found a great quantity of gunpowder, and with it a man, calling himself John Johnson, who, finding that the game was up, fully acknowledged his intention to have fired the magazine while the royal speech was being delivered, according to custom, overhead, and so to have blown King, Lords, and Commons into the air. At the same time, he doggedly refused to say who were his accomplices, or whether he had any.This is the earliest point at which the story of the Gunpowder Plot can be taken up with any certainty. Of what followed, at least as to the main outlines, we are sufficiently well informed. Johnson, whose true name was presently found to be Guy, or Guido, Faukes, 3] proved, it is true, a most obstinate and unsatisfactory witness, and obstinately refused to give any evidence which might incriminate others. But the actions of his confederates quickly supplied the information which he withheld. It was known that the "cellar" ..