The Invention of Murder: How the Victorians Revelled in Death and Detection and Created Modern Crime (Compact Disc) 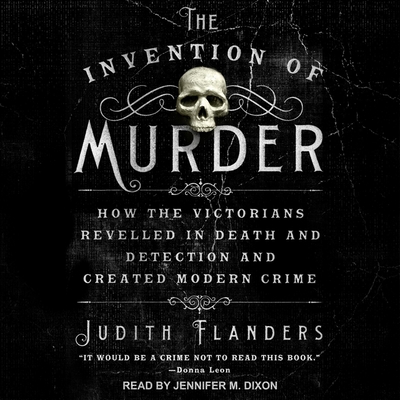 By Judith Flanders, Jennifer M. Dixon (Read by)
$29.99
UNAVAILABLE-Possible Reasons: Backordered, Out-of-Stock, or Out-of-Print (But email us to search for a copy.)

In this fascinating exploration of murder in nineteenth century England, Judith Flanders examines some of the most gripping cases that captivated the Victorians and gave rise to the first detective fiction. Murder in the nineteenth century was rare. But murder as sensation and entertainment became ubiquitous, with cold-blooded killings transformed into novels, broadsides, ballads, opera, and melodrama--even into puppet shows and performing dog-acts. Detective fiction and the new police force developed in parallel, each imitating the other--the founders of Scotland Yard gave rise to Dickens's Inspector Bucket, the first fictional police detective, who in turn influenced Sherlock Holmes and, ultimately, even P. D. James and Patricia Cornwell. In this meticulously researched and engrossing book, Judith Flanders retells the gruesome stories of many different types of murder in Great Britain, both famous and obscure: from Greenacre, who transported his dismembered fianc e around town by omnibus, to Burke and Hare's bodysnatching business in Edinburgh; from the crimes (and myths) of Sweeney Todd and Jack the Ripper, to the tragedy of the murdered Marr family in London's East End. Through these stories of murder--from the brutal to the pathetic--Flanders builds a rich and multi-faceted portrait of Victorian society in Great Britain.