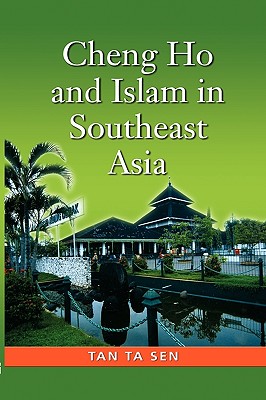 Tan Ta Sen has modestly suggested that, as a book to illustrate the peaceful impact of culture contact, he is concerned to show how such cultural influences not only led to transmissions, conversions and transferences involving Inner Asian Muslims from China and Yunnan Muslims, Chams, Javanese, Malays, Arabs and Indians, but also enabled many Chinese in the Malay world to retain their non-Muslim cultural traits. In placing Cheng Ho's voyages in this context, the author offers a fresh perspective on a momentous set of events in Chinese maritime history. Professor Wang Gungwu, National University of Singapore. Tan Ta Sen's book on Cheng Ho and Islam in Southeast Asia is not the first one on the subject, but it is the first book that puts Cheng Ho's voyages in the larger context of "culture contact" in China and beyond. He has garnered numerous sources, from published documents to architectural sites and buildings, to support his arguments. He has done much more than previous scholars writing on this subject. - Professor Leo Suryadinata, Chinese Heritage Centre (Singapore). This long-awaited book is welcomed by the academic community ... Tan Ta Sen has used historical facts to strengthen the argument on the existence of the "Third Wave", i.e. "the Chinese Wave", in the spread of Islam in the Southeast Asian region. Until now, we only know two major waves, i.e. the India-Gujarat Wave and the Middle East Wave through the development of trade relations. - Professor A. Dahana, University of Indonesia (Jakarta).