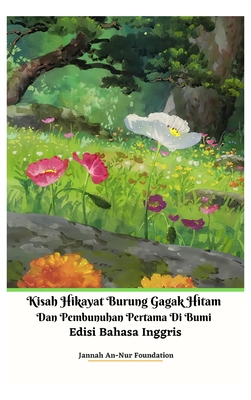 {Then Allah SWT sent a crow who scratched the ground to show murderer) said, 'Woe to me Am I not even able to be as this crow and to hide the dead body of my brother?' Then he became one of those who regretted.} (The Noble Quran Surah Al-Ma'idah: 31)

Time changes everything. People's hair turns white as they grow older, but one thing always stays the same, the feathers of the crow that never change color. If anyone experienced what we, the crows, had experienced, his hair would never turn white.

As a creature I was the only eyewitness to the first crime of murder committed on the earth. I witnessed the first drop of human blood that was shed treacherously. I also knew that Allah SWT (God) was witnessing it all.

It was a very terrifying day. I knew that it was all due to Satan. How strange the actions of Satan are How compliant human beings are to him People love Allah SWT yet they disobey Him and while they hate Satan, they obey him. How strange the species called "humans" and how grave his contradictions are How great Allah's mercy and forgiveness is to man Excuse my language for I am a little bit angry.

When people experience hard times they have a saying that goes: "They were days blacker than the crow's feathers." I am aware that the crow's black color irritates people but they are oblivious to the fact that even the blackest feather on the crow's body is nothing compared to the human heart when it grows black because of sin..........