There Will Be War Volume III (Paperback) 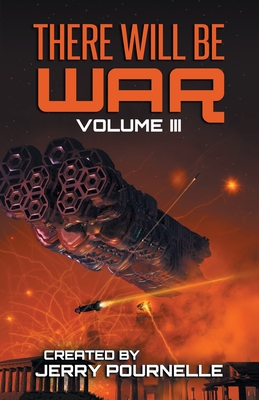 Created by the bestselling SF novelist Jerry Pournelle, THERE WILL BE WAR is a landmark science fiction anthology series that combines top-notch military science fiction with factual essays by various generals and military experts on everything from High Frontier and the Strategic Defense Initiative to the aftermath of the Vietnam War. It features some of the greatest military science fiction ever published, such Orson Scott Card's "Ender's Game" in Volume I and Joel Rosenberg's "Cincinnatus" in Volume II. Many science fiction greats were featured in the original nine-volume series, which ran from 1982 to 1990, including Robert Heinlein, Arthur C. Clarke, Philip K. Dick, Gordon Dickson, Poul Anderson, John Brunner, Gregory Benford, Robert Silverberg, Harry Turtledove, and Ben Bova.

33 years later, Castalia House has teamed up with Dr. Pournelle to make this classic science fiction series available to the public again. THERE WILL BE WAR is a treasure trove of science fiction and history that will educate and amaze new readers while reminding old ones how much the world has changed over the last three decades. Most of the stories, like war itself, remain entirely relevant today.

THERE WILL BE WAR Volume III is edited by Jerry Pournelle and John F. Carr, and features 16 stories, articles, and poems. Of particular note are "Hide and Seek" by Arthur C. Clarke, "The Spectre General" by Theodore Cogswell, "The Myth of a Liberation" by Truong Nhu Tang, and "Silent Leges" by Jerry Pournelle.