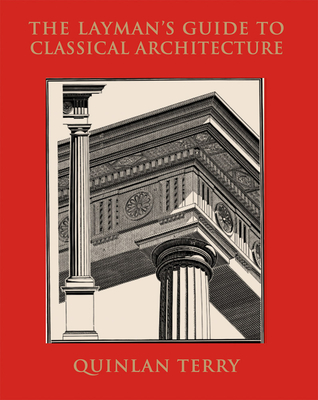 By Quinlan Terry, Prince Charles (Preface by)
$38.00
UNAVAILABLE-Possible Reasons: Backordered, Out-of-Stock, or Out-of-Print (But email us to search for a copy.)

In this beautiful illustrated survey, British architect Quinlan Terry (born 1937) presents his ultimate guide to classical architecture. With intricate and lively sketches, he explains the classical orders of architecture that were created by Vitruvius around 100 AD. The tradition of building using these orders was maintained well into the 20th century, until modernism began to dominate architecture. With this book, Terry, a strong proponent of classical architecture, aims to place focus on the kind of architecture that dominated the field for almost 2,000 years in the West--the vocabulary and heritage of which is known by few today. The book contains a large number of Terry's drawings and sketches from travels, as well as linocuts. Also included are his drawings of such quintessential examples of the use of classical orders as St. Mark's Square and San Giorgio Maggiore in Venice and Inigo Jones' St. Paul's Cathedral in London, alongside drawings of Terry's own structures, such as Brentwood Cathedral in Essex, England. In addition, Terry compares his own studies with those of Andrea Palladio and Vincenzo Scamozzi.
Prince Charles, another advocate for classical architecture, who holds Quinlan Terry as his favorite among contemporary architects, provides the preface.