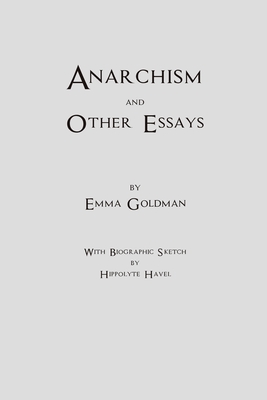 Anarchism and Other Essays is a 1910 essay collection by Emma Goldman, first published by Mother Earth Publishing. The essays outline Goldman's anarchist views on a number of subjects, most notably the oppression of women and perceived shortcomings of first wave feminism, but also prisons, political violence, sexuality, religion, nationalism and art theory. Hippolyte Havel contributed a short biography of Goldman to the anthology.

Lori Jo Marso argues that Goldman's essays, in conjunction with her life and thought, make important contributions to ongoing debates in feminism, including around "the connections and tensions between sexuality, love and feminist politics".

Contents of Anarchism and Other Essays include:

Anarchism: What It Really Stands For

The Psychology of Political Violence

Prisons: A Social Crime and Failure

Patriotism: A Menace to Liberty

Francisco Ferrer and The Modern School

The Hypocrisy of Puritanism

The Tragedy of Woman's Emancipation

The Drama: A Powerful Disseminator of Radical Thought