A History of Claims for the Sasquatch on Film: Bigfoot's Caught on Film Continue to Intrigue Us, But Can We Learn Anything From These Images (Paperback) 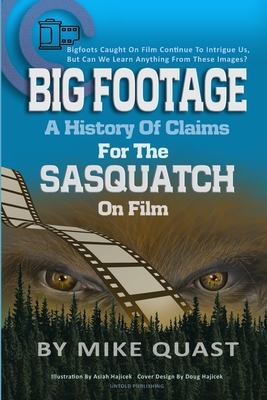 This book is a representation of every visual image I have been able to acquire that has been claimed as evidence of the sasquatch at one time or another. Many more filming cases are presented in written form only where the picture described was unavailable. Every last case involving filming that is personally known to me at this time is included here, though I'm sure there are still more that have eluded me.

I have included the opinions of both myself and others about these pictures, but in the end, it is you who must decide - is the photographic medium convincing enough to act as final proof for the existence of sasquatch? Some say yes, while others insist that only a body dead or alive will be acceptable. But either way, I have always had one all-encompassing viewpoint when it comes to photos and films of any unexplained phenomenon, including sasquatch: In the long run, if they're not good enough to act as the final proof... does it really matter if they're real or fake?