Any Other World Will Do (Paperback) 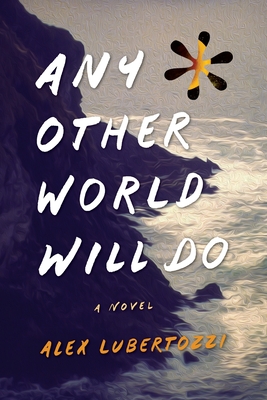 In a chance encounter on the overnight train from Paris to Barcelona, Vikram stumbles across a promising new recruit. Miles, an eighteen-year-old kid running away from a past he'd just as soon forget, is drawn to the older Indian man, dazzled by Barcelona, and smitten with the Hotel Kashmir's bartender, Anna, a Surinamese grad student with a genius for languages and Vikram's first recruit.

Miles and Anna don't know they're being recruited. They don't know that Vikram is neither an Indian nor a man, or that he's a few thousand light-years from home. He has a lot of secrets, it turns out. But he means well. When a series of bad decisions reveals the fact that Vikram isn't the only one light-years from home-and this other one does not mean well-Miles and Anna become unwitting ambassadors to Vikram's world, a place where the locals haven't got their sh*t together any better than the people of Earth.

A unique coming-of-age story, Any Other World Will Do, the debut novel from Alex Lubertozzi, is inventive, irreverent science fiction, a wry commentary on the primal urge to flee our troubles and the romantic way we remember the journey.