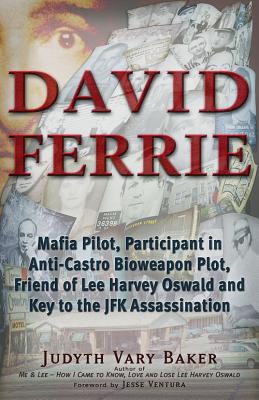 Of the all the people surrounding the assassination of President Kennedy, few are more mysterious and enigmatic than David William Ferrie of New Orleans. Author Judyth Vary Baker knew David Ferrie personally and worked with him in a covert project in New Orleans during the summer of 1963, and this book examines his strange and puzzling behavior both before and after the assassination. At the time of the assassination, Ferrie was a 45-year-old New Orleans resident who was acquainted with some of the most notorious names linked to the assassination: Lee Oswald, Clay Shaw, Guy Banister, Jack Ruby, and Carlos Marcello. He possessed assorted talents and eccentricities: he was at one time a senior pilot with Eastern Airlines until he was fired for homosexual activity on the job; he was also a hypnotist; a serious researcher of the origins of cancer; an amateur psychologist; and a victim of a strange disease, alopecia, which made all of his body void of hair. His odd lifestyle was embellished with an equally bizarre appearance featuring a red toupee and false eyebrows. This is the first book focused solely on David Ferrie and his alleged involvement in the conspiracy to assassinate President John F. Kennedy.

Judyth Vary Baker is an artist, writer, and poet who first became known as a young prodigy in cancer research, then, later, for her assertion that while conducting cancer research in New Orleans in the summer of 1963, she had a love affair with Lee Harvey Oswald. She is the author of Me & Lee: How I Came to Know, Love and Lose Lee Harvey Oswald. She lives in exile in Europe. Jesse Ventura is a former professional wrestler who served as governor of Minnesota from 1999 to 2003. He lives in Dellwood, Minnesota, and Cabo San Lucas, Mexico.