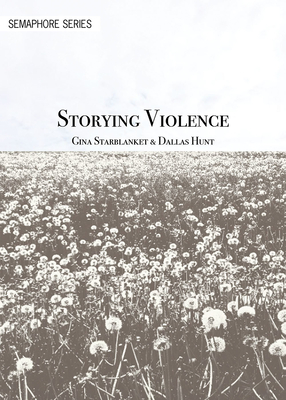 By Gina Starblanket, Dallas Hunt
UNAVAILABLE AT THIS TIME (Possible reasons: Backordered, Out-of-Stock Indefinitely, or Print-on-Demand only)
OUT OF PRINT

Storying Violence explores the 2018 murder of Colten Boushie and the subsequent trial of Gerald Stanley. Through an analysis of relevant socio-political narratives in the prairies and scholarship on settler colonialism, the authors argue that Boushie's death and Stanley's acquittal were not isolated incidents but are yet another manifestation of the crisis-ridden relationships