What Was the Gunpowder Plot? the Traditional Story Tested by Original Evidence (Paperback) 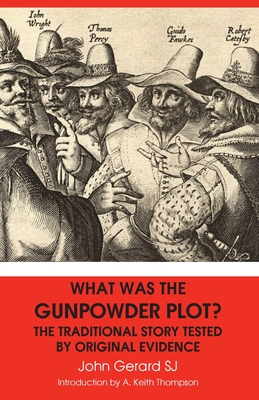 Given the human propensity for irrational and even murderous religious persecution especially when it is fed by extremist religious terrorism, Gerard's questions about the early 17th century Stuart manipulation of public opinion for political ends has considerable contemporary relevance.

"On the morning of Tuesday, the 5th of November, 1605, which day was appointed for the opening of a new Parliamentary session, London rang with the news that in the course of the night a diabolical plot had been discovered, by which the king and legislature were to have been destroyed at a blow. In a chamber beneath the House of Lords had been found a great quantity of gunpowder, and with it a man, calling himself John Johnson, who, finding that the game was up, fully acknowledged his intention to have fired the magazine while the royal speech was being delivered, according to custom, overhead, and so to have blown King, Lords, and Commons into the air. At the same time, he doggedly refused to say who were his accomplices, or whether he had any."