Cromwell's Buffoon: The Life and Career of the Regicide, Thomas Pride (Century of the Soldier) (Paperback) 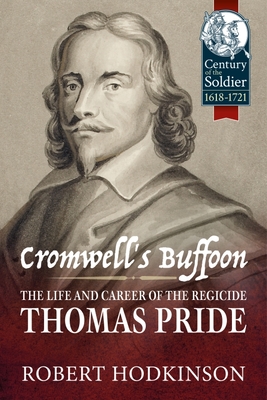 By Robert Hodkinson
$47.50
UNAVAILABLE-Possible Reasons: Backordered, Out-of-Stock, or Out-of-Print (But email us to search for a copy.)

Colonel Thomas Pride was central to one of the English Civil War's key events: the arrest and exclusion of 140 Members of Parliament at Westminster in December 1648. Those that remained in the House of Commons - the Rump - voted to bring King Charles I to trial, resulting in the first and only public execution of a British Monarch. But while this monumental episode of early modern history - "Pride's Purge" - is renowned, the life of the army officer behind it remains shrouded in obscurity.

Cromwell's Buffoon is a detailed and engaging account of the life of soldier and regicide, Colonel Thomas Pride, a Somerset farmer's son who fought his way through the Civil Wars to become one of the English Commonwealth's most forceful personalities. Robert Hodkinson's lively and authoritative study charts Thomas Pride's rise from businessman and brewer, through his association with London Puritanism, the experiences of the seventeenth century battlefield, obtaining military command through army mutiny, to finally brushing aside accusations of hypocrisy self-gain to claim ownership of a former Royal estate and a seat in Oliver Cromwell's House of Lords. Cromwell's Buffoon is a ground-breaking examination of why and how a former apprentice boy rose in status to challenge the ruling elite and affect the death of a monarch. The first full-length biography of its subject, it is a fascinating story of a man who, until now, had all but vanished from history.