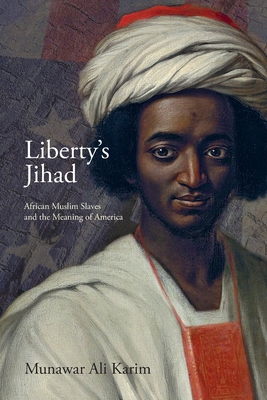 Starting in pre-Islamic Arabia and deepest Africa, following the lives, adventures and writings of three Muslim slaves through antebellum America and the world of trans-Atlantic slavery, Liberty's Jihad takes us on a fascinating journey spanning centuries, continents and characters. Along the way Munawar Karim invites us to explore the writings of African Muslim slaves, reflect on some of their sacred traditions and reveals intriguing connections and surprises still hidden in America's past and present.

Crucially, Liberty's Jihad also examines the position of Muslims and other minorities in America following the events of 9/11 and its aftermath and, more recently, the impact of Donald Trump's presidency. History buffs and those new to the subject alike are given a fresh perspective and new tools to help understand modern-day America and the world we live in today. By weaving together narrative, scripture and historical criticism with first-hand accounts left by African Muslim slaves, Liberty's Jihad calls us to re-examine how we think about the world and about ourselves.