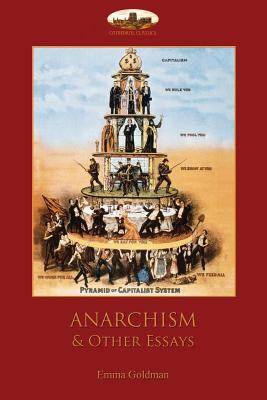 Emma Goldman's strident critique of capitalism and equally passionate defence of anarchy raised her from a penniless Jewish immigrant to 'Red Emma' - one of the most notorious 'agitators' and revolutionary feminists of her generation.

Contrary to the popular conception of anarchists as violent, bomb-throwing purveyors of chaos, Goldman's Anarchism and Other Essays shows the movement to be both egalitarian and cooperative, calling for voluntary association of free individuals, without the dead hand of central government and its repressive bureaucracy. Goldman's penetrating essays cover a wide range of topics, from the failure of the prison system and politics, through stinging critiques of religion, capitalism and the legal system, to damning tracts on the evils of gender inequality and militarism.

The early twentieth century was a time not unlike our own, a period of rampant greed, stunning wealth disparity and narrow patriotism. Goldman's trenchant comments remain deeply relevant to the many shortcomings of western capitalist society.