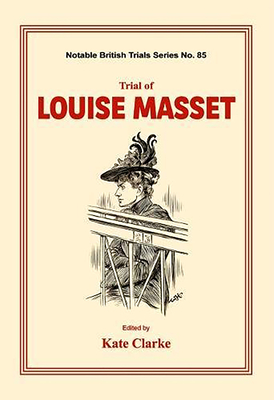 The trial of Louise Masset for the murder of her son Manfred was opened on Wednesday 13 December 1899 at the Old Bailey, and it ran for five days. The story that unfolded was disturbing, and certain aspects of it remain unresolved. Who were the two strange women with whom Louise said she had arranged to hand over her son? Were they real or fictitious - and, if they did exist, were they operating as baby farmers? Louise Masset insisted that she had caught the 4.00 pm train to Brighton on the day of Manfred's murder, even though a cloakroom assistant had testified to seeing her at London Bridge Station at about 7.00 pm that Friday evening. At the trial, this crucial point of disagreement in the evidence was aired and explored. If she really had caught the earlier train, she could not have murdered Manfred. If, however, she caught the 7.00 pm train, then she could have been the killer after all. Louise Masset was found guilty of the murder of her son and was hanged on 9 January 1900, the first person to be executed in England in the twentieth century. This book reproduces the testimony given at the trial, together with an introduction, a chronology and appendices.

KATE CLARKE, diarist and crime-writer: after completing a four year course at Somerset College of Art and a Post Graduate degree at Birmingham University she worked as a teacher in London schools for twenty-one years. After moving to Hay-on-Wye she worked at various jobs whilst continuing to write a number of books, mainly on 18th and 19th century crime.