Shakespeare's The Merchant of Venice (The Connell Guide To ...) (Paperback) 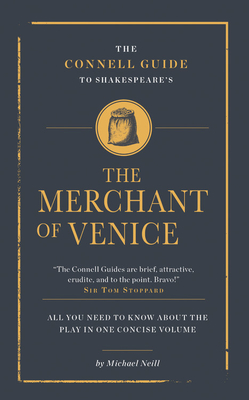 By Michael Neill
$12.99
UNAVAILABLE-Possible Reasons: Backordered, Out-of-Stock, or Out-of-Print (But email us to search for a copy.)

Its only rival in this respect is Othello, and this is because both plays deal with dangerous issues of race. In Othello, Iago uses the protagonist's colour both to goad his victim's jealousy and to excite the animosity of Venetians against this visible outsider; in The Merchant, Shylock's Jewishness renders him, from the beginning, the object of general opprobrium in Christian Venice. But whereas the Moor is treated as a generally sympathetic character, the Jew appears to be cast in an entirely negative light. Or so, at least, many critics believe. In this book, however, one of the best respected critics of Shakespeare, Michael Neill, takes issue with this simplistic view, providing a fresh reading of the play and arguing that in it, as always, Shakespeare refuses to allow us the comfort of any single "view of the world."

Michael Neill is Emeritus Professor of English at the University of Auckland, New Zealand, and is the author of Issues of Death and Putting History to the Question; he has edited Anthony and Cleopatra and Othello for the Oxford Shakespeare, and a range of plays, including The Spanish Tragedy, The Duchess of Malfi, and The Changeling, for other series. Most recently he co-edited The Oxford Handbook of Shakespearean Tragedy.