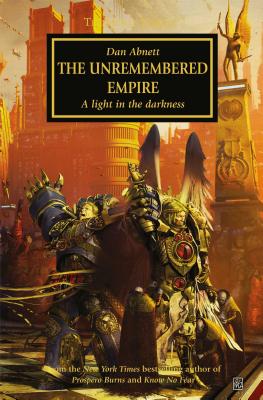 This is book number 27 in the The Horus Heresy series.

Far out on the Eastern Fringe, the realm of Ultramar stands alone. Having weathered the Word Bearers’ attack on Calth and the subsequent Shadow Crusade against the Five Hundred Worlds, the Ultramarines primarch Roboute Guilliman now draws all loyalist forces to Macragge as he contemplates a new future for mankind. With the arrival of more and more fugitives from the war that has engulfed the rest of the galaxy, all distinction between friend and foe is lost – isolated from Terra by fearsome warp storms, is Guilliman making a bid for power to rival even the renegade Warmaster Horus?