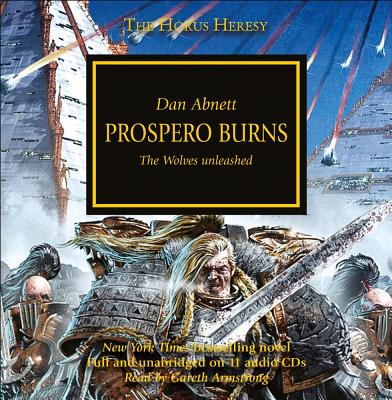 By Dan Abnett, Gareth Armstrong (Narrator)
$40.00
OUT-OF-PRINT & UNAVAILABLE! (But email us to search for a used copy.)

Primarch Magnus the Red of the Thousand Sons Legion has made a catastrophic mistake that endangers the safety of Terra.  The Emperor is left with no choice but to charge Leman Russ, Primarch of the Space Wolves, with the apprehension of his brother from the Thousand Sons home world of Prospero.  The planet of sorcerers will not be easily deterred.  With wrath in his heart, Russ is determined to bring Magnus to justice and bring about the fall of Prospero. Prospero Burns is an alternative point of view of the story first told in Graham McNeill’s best selling A Thousand Sons.