The True Nature of the Mahdi (Paperback) 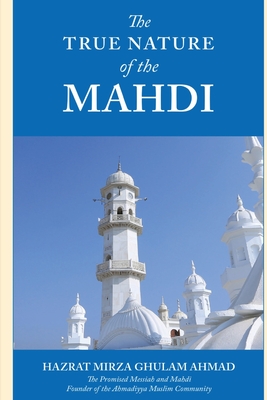 The history of religion demonstrates that all Prophets have suffered vehement opposition. Like all the prophets of God, Hazrat Mirza Ghulam Ahmad of Qadian, the Promised Messiah and Mahdi was also opposed. Throughout his life, Maulvi Muhammad Husain of Batala, a staunch opponent, spared no opportunity to harm and malign the Promised Messiah. When all else failed, he began to submit false reports to the British government, alleging that Mirza Ghulam Ahmad was a rebel of the state and believed in the advent of a bloodthirsty, violent Mahdi, who would force all non-Muslims to Islam.

It was due to these false reports that the author wrote a brief but eloquent treatise outlining his true beliefs regarding the advent of the Promised Mahdi in Islam. In this book, the author explains that the divinely appointed reformer and Mahdi to appear in the latter days would bring a message of peace and conquer the world with love; not through violence and bloodshed. He also reassures the government of his loyalty to the state and exposes the hypocrisy of Maulvi Muhammad Husain and the falsity of his reports to the government.﻿