A Family of Kings: The Descendants of Christian IX of Denmark (Paperback) 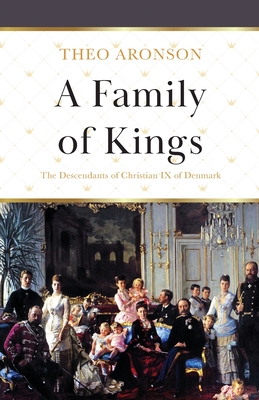 In 1863, Queen Victoria decreed that her son Edward, Prince of Wales, should marry Princess Alexandra, daughter of the obscure and unsophisticated heir to the Danish throne.

The beauty, grace and charm of Prince Christian's daughter had prevailed over the Queen's intense dislike of the Danish royal house. Even the embarrassingly difficult Bertie was persuaded to agree to the match.

Thus began the fairy-tale saga of a family that handed on its good looks, unaffectedness and democratic manners to almost every royal house of modern Europe. For, in the year that Alexandra became Princess of Wales, her brother Willie was elected King of the Hellenes; her father at last succeeded to the Danish throne; her sister Dagmar was soon to become wife of the future Tsar Alexander III of Russia; and her youngest sister Thyra later married the de jure King of Hanover.

A Family of Kings is the story of the crowned children and grandchildren of Christian IX and Queen Louise of Denmark, focusing on the half-century before the First World War. It is an intimate, domestic study of a close-knit family, their individual personalities, and the courts to which they came.