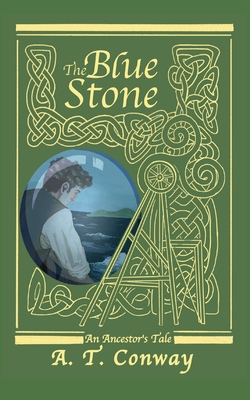 'Walking, I am listening to a deeper way. Suddenly all my ancestors are behind me. Be still they say. Watch and listen. You are the result of a thousand loves.' L Hogan

It's winter 1847 and Eire is in the double grip of hunger and relentless cold. The devastating famine is wreaking havoc on the few who have survived. Blinded by hunger and the fear of deadly illnesses, panic and plague drive them to undertake dangerous journeys in a mixture of despair and hope.

At 17, Michan Maguire is the only member of his family and community left alive and he decides to conquer his fears and set off on his own sometimes frightening and hazardous journey, east to England. His only possessions are the ancient tales of magic and enchantment passed down to him by his mother to keep safe in his memory, and a blue stone which he believes was a gift from the Sidhe, the legendary magical folk of the hills, and that it will bring him fortune. So his long walk begins.

By 1875 he is 45 and beginning to feel his age. He has settled into the life of a miner in the Durham coal fields and he and his family are used to moving from pit to pit when the new Bond comes up. In many ways he is happy, but he still carries anger from his past and the agony of his wounded country.

That same year Thadeus Vail has taken the courage to leave his sheltered life in Norfolk in defiance of his parents wishes and arrives to work as a reporter for the Northern Chronicle in Darlington. He has no idea that he will become entangled in secrets, illegal plots and danger - or that the Maguire family will be at its heart.

Will his desire for the love of Michan's daughter, Ina, lead him to become the saviour of the family and the hero of his own reports?