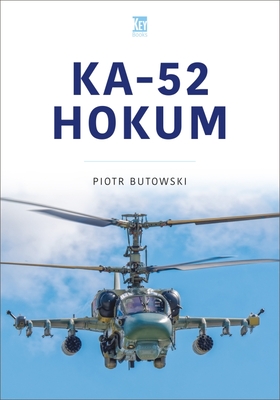 The Ka-50 (NATO reporting name: Hokum A) helicopter made its maiden flight 40 years ago on 17 June 1982. After undergoing extensive tests and tweaks, the helicopter was ready for full-scale production almost 10 years later. However, by then Russia had entered an economic crisis, and the money had run out. Only in 2011, almost another 20 years later, did deliveries of the redesigned Ka-52 begin to military units. The Ka-52 Hokum B has a unique co-axial rotor design, with a two-person crew seated side by side in ejection seats, and an extremely powerful weapons and self-defense suite. Along with the original Ka-52s, a ship-borne Ka-52K variant has been developed for the Russian Navy and an improved KA-52M ('modernized') version is being tested. From February 2022, Ka-52s were used by Russian forces in their invasion of Ukraine. With over 200 photographs, this book explores the history of the Ka-50 and Ka-52, their development, setbacks and successes, designs, armament and combat capabilities, presenting a holistic overview of these helicopters.