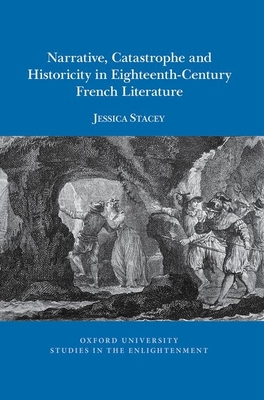 How do communities tell and re-tell stories of catastrophe to explain their own origins, imagine their future, and work for their survival? This book contends that such stories are central to how communities claim a position within history. It explores this question, so vital for our present moment, through narratives produced in eighteenth-century France: a tumultuous period when a new understanding of a properly "modern" national history was being elaborated. Who gets to belong to the modern era? And who or what is relegated to a gothic, barbarous or medieval past? Is an enlightened future assured, or is a return to a Dark Age inevitable? Following barbarians, bastards, usurpers, prophets and Revolutionary martyrs through stories of catastrophes real and imagined, the book traces how narrative temporalities become historicities: visions of the laws which govern the past, present and future. Ultimately it argues that the complex temporality of catastrophe offers a privileged
insight into how a modern French historical consciousness was formed out of the multiple pasts and possible futures that co-existed alongside the Age of Enlightenment. Further, examining the tension between a desire to place the imagined community definitively beyond catastrophic times, and a fascination with catastrophe in its revelatory or regenerative aspect, it offers an important historical perspective on the presence of this same tension in the stories of catastrophe that we tell in our own multiple, tumultuous present.

Jessica Stacey is a Career Development Fellow in French at The Queen's College, Oxford and has a PhD from King's College London. Her research interests include catastrophe and time, civilisation and barbarism, story and community; she has also published on Antillean volcanoes and queer readings of Rousseau.