The Invention of Sicily: A Mediterranean History (Hardcover) 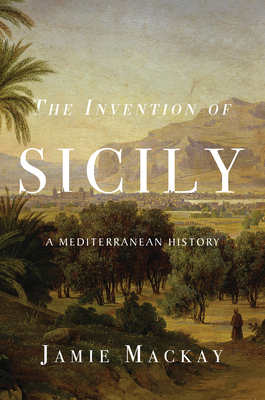 Whether you’re vacationing in Italy or simply an armchair traveler, this guide to the Mediterranean island of Sicily is a dazzling introduction to the region’s rich 3,000-year history and culture.

A rich and fascinating cultural history of the Mediterranean’s enigmatic heart Sicily is at the crossroads of the Mediterranean, and for over 2000 years has been the gateway between Europe, Africa and the East. It has long been seen as the frontier between Western Civilization and the rest, but never definitively part of either. Despite being conquered by empires—Romans, Byzantines, Arabs, Normans, Hapsburg Spain—it remains uniquely apart. The island’s story maps a mosaic that mixes the story of myth and wars, maritime empires and reckless crusades, and a people who refuse to be ruled.

In this riveting, rich history Jamie Mackay peels away the layers of this most mysterious of islands. This story finds its origins in ancient myth but has been reinventing itself across centuries: in conquest and resistance. Inseparable from these political and social developments are the artefacts of the nation’s cultural patrimony—ancient amphitheaters, Arab gardens, Baroque Cathedrals, as well as great literature such as Giuseppe di Lampedusa’s masterpiece The Leopard, and the novels and plays of Luigi Pirandello. In its modern era, Sicily has been the site of revolution, Cosa Nostra and, in the twenty-first century, the epicenter of the refugee crisis.

Jamie Mackay is a writer and translator based in Florence. His work has appeared in the Guardian, the TLS, Frieze and elsewhere. The Invention of Sicily is his first book.

“A fascinating and imaginative work that should prompt us to reconsider some of the nationalist binaries that continue to structure our world.”
—Daniel Trilling, author of Lights in the Distance

“In this marvelous book, Jamie Mackay brilliantly reinvents Sicily for us as a palimpseste of meanings echoing through its tumultuous history—as a metaphor for the entire world, as the limits of the Western world, as a place of encounter between worlds. His beloved Sicilians engage in a conversation across epochs, as if their unending resistance against attacks on their freedoms or against un-examined imports, from religious dogma, to capitalist logics, to nationalist monocultural narratives or the idea of the modern state, had prepared the ground for their most inspiring exceptionalist stance to date—a stubborn refusal to imitate the rest of Europe and turn those seeking refuge on their shores into ‘others’. I can think of no better demonstration than the story found in these pages that the soul of Europe lies in its outer periphery. ”
—Kalypso Nicolaidis, author Exodus, Reckoning, Sacrifice: Three Meanings of Brexit

“A startling new voice analyzing the history of Sicily from its ancient origins to the present day with forthright clarity and profound sympathy. No excuses for the support of Mussolini or toleration of Cosa Nostra, but convincing explanations, enlivened by Sicilian novels, films, paintings and buildings. A fresh, exciting and eminently readable book.”
—Judith Herrin, author Ravenna

“[Mackay’s] keen eye for telling details and lucid prose make this an accessible introduction to a complex and fascinating culture.”
—Publishers Weekly

“The scope of Mackay’s knowledge and presentation is astounding … glorious and intelligent.”
—Sandra Callard, On Magazine

“An enjoyable canter across a history, and a place, which are entrancing and disturbing by turns.”
—Economist

“An impressive achievement condensing such a vast array of history, politics and culture, into such a slim and readable book, and it’s a tes-tament to Mackay’s unpretentious writing style that it never feels overwhelming or didactic.”
—Alex Sakalis, openDemocracy

“[A] lucid, sweeping yet detailed history … [Mackay] retells the history of intimacy, intermingling and exchange to bring out the promise and the hope of that past.”
—Marina Warner, Times Literary Supplement

“A brisk account of [Sicily’s] almost three-thousand-year history … [it is exciting] to realize how many fragments of one’s cultural baggage originated in Sicily.”
—Tim Parks, New York Review of Books

“A wonderful, fleet-footed history … profoundly original … it would be hard to conceive of another history of Sicily that does what this book does so well and so concisely.”
—Oscar Rickett, i newspaper

“Fascinating … The Invention of Sicily is the perfect companion to the culture and history of Sicily.”
—Helen Farrell, Florentine

“Excellent … Mackay gives us a refreshingly new interpretation of Sicily’s intriguing and all too frequently tragic history. What really comes through is the author’s subtle understanding and genuine appreciation of the Sicilians themselves … brilliantly entertaining.”
—Philippa Joseph, History Today

“The Invention of Sicily offers a recent corrective to much of the exoticization of Sicily in English-language studies and accounts.”
—Andreas Petrossiants, e-flux