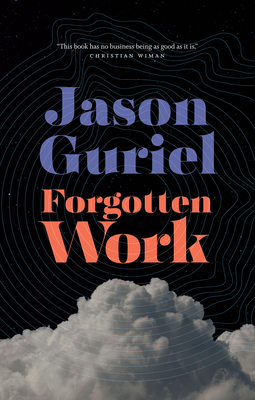 A New York Times New & Noteworthy Book - "Strange and affectionate, like Almost Famous penned by Shakespeare. A love letter to music in all its myriad iterations."--Kirkus Reviews - "This book has no business being as good as it is."--Christian Wiman

In the year 2063, on the edge of the Crater formerly known as Montr al, a middle-aged man and his ex's daughter search for a cult hero: the leader of a short-lived band named after a forgotten work of poetry and known to fans through a forgotten work of music criticism. In this exuberantly plotted verse novel, Guriel follows an obsessive cult-following through the twenty-first century. Some things change (there's metamorphic smart print for music mags; the Web is called the "Zuck"). Some things don't (poetry readings are still, mostly, terrible). But the characters, including a robot butler who stands with Ishiguro's Stevens as one of the great literary domestics, are unforgettable.

Splicing William Gibson with Roberto Bola o, Pale Fire with Thomas Pynchon, Forgotten Work is a time-tripping work of speculative fiction. It's a love story about fandom, an ode to music snobs, a satire on the human need to value the possible over the actual--and a verse novel of Nabokovian virtuosity.

Jason Guriel is the author of several collections of poems and a book of essays. His writing has appeared in Slate, The Atlantic, and other magazines. He lives in Toronto.