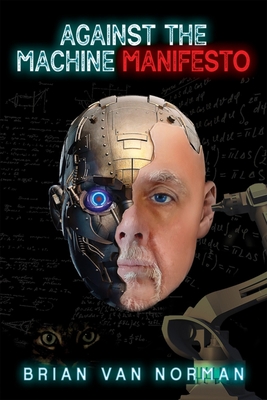 This is book number 194 in the Essential Prose Series series.

Mel Buckworth, dependable family man, loses his manufacturing job through recession. Having lost his sense of purpose his pride sidelines him as he discerns his lack of digital skills so apparent in his children’s generation. He is galled by his daughter Dani’s university friend, Stanley Best, who is about to achieve fame in the fields of nano technology and artificial intelligence. As Mel desperately attempts to find equilibrium he estranges his family, leaves his wife and enlists the help of a greedy grad student. Will Baker teaches Mel the skills he will need to wreak revenge on a system seemingly discarding him. As his aptitudes grow he begins to use the internet, the very thing he despised, as a weapon to inflict his reprisals. Slowly he turns terrorist to deliver his message: that humans will succumb to machines and the social system controlling them. As his acts grow more lethal, Mel knows he must make an indelible declaration. A “manifesto” to be remembered.

Once a teacher, theatre director and adjudicator, Brian Van Norman left those worlds behind to travel the planet with his wife, Susan, and take up writing as a full time pursuit. With four novels currently on the market: The Betrayal Path, Immortal Water and his previous novel, Against the Machine: Luddites. Against the Machine: Manifesto is the second book in this trilogy, and is currently researching for the third and final book of the Against the Machine trilogy. He has journeyed to every continent and sailed nearly every sea on the planet. His base is Waterloo, Ontario, Canada though he is seldom found there but for this year of the Covid pandemic.