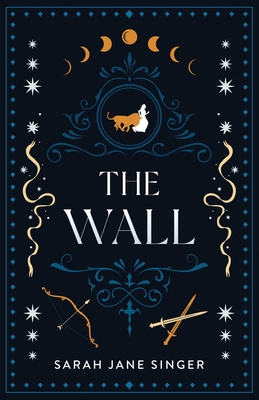 "I dreamed of the Outside. It was murky, like a smudge of gray sky after rain, like my mother's tears. But the call that came with the dream was clear. Go, it said. Go out. Something awaits you."

Julia has lived her whole life inside the Wall, the shining fortress her father built. But she dreams of knowing the world, and one day, the world calls to her. She runs away from home with a false name, a magical gift from her ailing mother, and her lion companion. But leaving triggers a curse, and no matter how hard she tries to outrun it, it catches up with her-as curses often do.

Now, with only the help of a mysterious archer she meets along her journey, Julia must confront dark magic, uncover the secrets of her mother's past and her own abilities, and discover who she is outside of the Wall, if she is ever to survive the curse and build a life of her own.