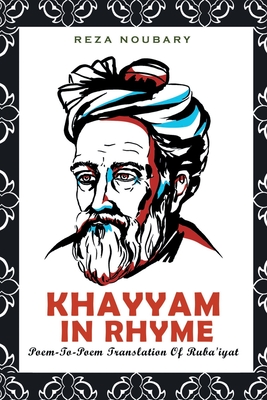 To date, more than 11,000 books have been written about Omar Khayyam's life, poetry, philosophy, and contributions to mathematics and astronomy. His Rubaiyat (stanzas of four quatrains or lines) has charmed tens of millions of hearts around the world and is among the most read of all time.

Khayyam has been appropriately called the poet of destiny. What makes his work fascinating is the realization that he, unlike most poets of his era, was not a fatalist. In fact, accepting his philosophy and heeding his advice means shifting focus from the external, be it mystical or sensual, to the internal and arriving at that the ultimate truth that in life all that matters is love and joy; all else is fantasy and fallacy.

Although Khayyam has been known to the scientific community for centuries, he shot into fame in the western world only after publication of Edward FitzGerald's (1809-1883) translation of Rubaiyats/Rubais in Victorian England.

This book presents poem-to-poem translations of some of Khayyam's popular Rubaiyat to English- both literally and conceptually. The translations follow the style of the original poems. It also includes some of the translator's/author's own poems inspired by Khayyam.