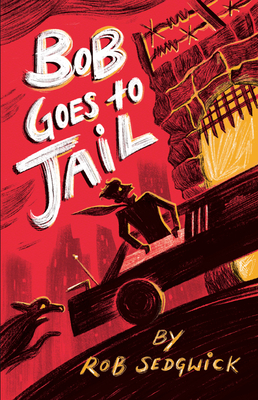 ROB SEDGWICK'S MEMOIR BOB GOES TO JAIL IS ONE DEGREE FROM KEVIN BACON Rob Sedgwick was born into one of America's oldest families and Manhattan royalty. His cousin, Edie Sedgwick, was Andy Warhol's muse. His sister is Kyra Sedgwick, the actress; his brother is painter Nikko Sedgwick; his brother-in-law is movie star Kevin Bacon, and his stepfather was renowned art dealer Ben Heller, who pioneered the careers of Jackson Pollack and Mark Rothko. So, to say Rob has struggled to stand out in a family of big personalities is a huge understatement. In his hilarious and touching memoir, Bob Goes to Jail, Rob relates his journey from lost little boy to hapless criminal with such honesty and heart that you can't help but root for him. In Bob Goes to Jail, Sedgwick--who had the drop-dead good looks of Robert Redford and the judgment of Keith Richards--recounts how the DEA and the NYPD mistook him for a drug lord and arrested him. When his lawyer told him to get a steady job to show he was a contributing member of society, Sedgwick got a role playing a drug lord on One Life to Live. He writes about how he and his younger siblings brought themselves up in an Upper East Side Townhouse that was "bigger than all the other Upper East Side Townhouses." How he sold drugs out of his grandparents' apartment, knocked up his girlfriend, and did lines of cocaine off his parents' priceless antiques--all the while being convinced that he was this close to nailing a star-making acting role. Though you cringe at each bad decision--and there are so many--it's impossible not to fall in love with him and hope he finds his way. Bob Goes to Jail is the story of a New York socialite with a price on his head from the Mexican mob. It's the story of a Hollywood actor who did New York soap operas because his parole wouldn't let him leave the isle of Manhattan. Full of self-examination and biting comedy, absurd situations and very human feeling, Bob Goes to Jail is more than the memoir of a man: it is the story of the search for love, the yearning for acceptance and the struggle to find oneself.

Rob Sedgwick, a lifelong New Yorker, is an actor, producer, acting coach and fitness trainer. He is the Director of the Sedgwick Acting Studio in New York. He is the proud father of a grown daughter Audrey and a young son Caleb, as well as Charlotte, a pitbull, and two cats, Thor and Fernando. Rob has been sober twenty-five years.