A Six-Letter Word for Death (Paperback) 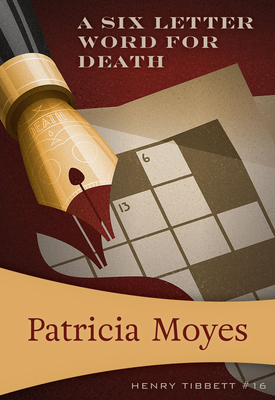 By Patricia Moyes
$15.95
UNAVAILABLE-Possible Reasons: Backordered, Out-of-Stock, or Out-of-Print (But email us to search for a copy.)

It's a slow day at Scotland Yard, so Inspector Henry Tibbett takes a busman's holiday, immersing himself in the world of puzzling puzzlers. The hijinks kick off with an amusing gift: Someone unnamed has sent Henry the beginnings of a crossword puzzle. Even more mysterious: The clues point to the group of mystery writers to whom Henry has pledged to give a presentation. Most mysterious of all: None of the writers are who they claim to be, and one is a murderer. Which one' For that you'll need to solve the puzzle. Six across and then down, down, down.

Patricia Moyes (1923-2000) was a British mystery writer best known for her "Henry Tibbet" series of old-fashioned mysteries. During WWII Moyes joined the Royal Air Force and became a radar operator and flight officer. Subsequently, she worked as assistant to actor and director Peter Ustinov, with whom she collaborated on a film script. She also spent some years as assistant editor for British Vogue. A cat lover, Moyes wrote two books about cats.