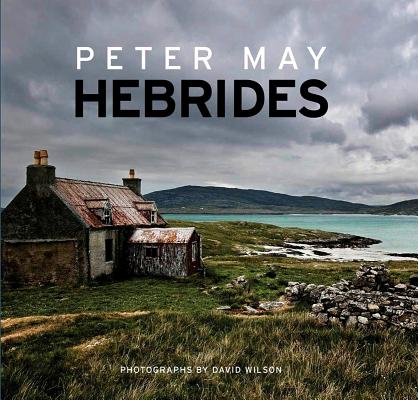 By Peter May, David Wilson (Photographs by)
UNAVAILABLE AT THIS TIME (Possible reasons: Backordered, Out-of-Stock Indefinitely, or Print-on-Demand only)
OUT OF PRINT

Since the publication of The Blackhouse in 2011, the books of Peter May's groundbreaking Lewis Trilogy have enthralled millions of readers around the world with powerfully evocative descriptions of the Outer Hebrides.
From its peat bogs and heather-coated hills, from its weather-beaten churches and crofters cottages to its cold clear rills choked with rainwater, the islands off the northwest coast of Scotland have been brought to vivid life by this accomplished novelist.
Now, Peter May and photographer David Wilson present a photographic record of the countless locations around the Hebridean archipelago that so inspired May when he was bringing the islands of detective Fin McLeod's childhood to the page. From the tiny southern island of Barra to the largest and most northern island of Lewis, travel the storm-whipped North Atlantic scenery with May as he once again strolls the wild and breathtaking countryside that gave birth to his masterful trilogy of novels.

Peter May is the multiple-award-winning author of the internationally bestselling Lewis Trilogy, set in the Outer Hebrides of Scotland, as well as several other mystery series and stand-alone novels. One of Scotland's most prolific television dramatists, he garnered more than a thousand credits in fifteen years as scriptwriter and script editor on prime-time British television drama, including the show Machair, set on Lewis. Today May lives in France with his wife, the writer Janice Hally.

David Wilson worked with the BBC for twenty years and was the production designer for Machair. He took the photographs on the covers of the books in the Lewis Trilogy and has published another photographic book on the Hebrides, Changing Light. He lives on Lewis.

"Spectacular . . . celebrates the landscape of the islands."
—The Times