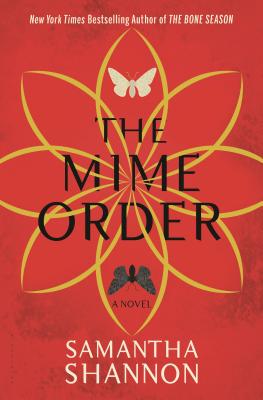 By Samantha Shannon
$28.00
UNAVAILABLE-Possible Reasons: Backordered, Out-of-Stock, or Out-of-Print (But email us to search for a copy.)

This is book number 2 in the The Bone Season series.

In the New York Times bestselling second novel in the epic Bone Season series, Paige Mahoney may have broken out of prison, but neither the government nor her prison guards are going to let her escape so easily.

It is a dark time for clairvoyants in London. Scion, the ruling government, is in league with the Rephaim, an extraordinarily powerful, otherworldly race that intends to make humans its slaves.

Paige Mahoney may have succeeded in leading a mass break-out from the brutal camp, Sheol I, where she and other clairvoyants were systematically imprisoned, but she hasn't truly escaped. As Scion turns its all-seeing eye on page, and the ruthless leader of the Rephaim sets out in pursuit, Paige must find safety in a London underworld and a clairvoyant community that is beginning to crumble.

Samantha Shannon is the New York Times and Sunday Times bestselling author of The Bone Season series. Her work has been translated into twenty-six languages. Her fourth novel, The Priory of the Orange Tree, was her first outside of The Bone Season series and was a New York Times bestseller. She lives in London. samanthashannon.co.uk / @say_shannon

“A gripping sequel.” —US Weekly

“While Bone Season was filled with action and exposition . . . betrayal and political intrigue take over in the excellent Mime Order . . . With the Unnatural Assembly and its colorful gangsters, Shannon goes full Scorsese . . . Tussling with poltergeists, showing her heroic mettle and even playing homicide detective, Paige makes great strides as a memorable character, and so does her author. If anyone was wondering how Shannon would stretch this story into seven books, the gut punch of the last line in The Mime Order will instead have them on tenterhooks for the next five.” —USA Today

“Full of the action, turns, and surprising revelations that readers have come to expect from Shannon, this new installment ends on a wholly unexpected twist.” —Library Journal

“Her legion of fans will once again be here for the propulsive plot.” —Kirkus Reviews

“[The Mime Order] boasts all of the suspense, intrigue and mystery of the first volume as well as an addictive storyline that will leave readers clamoring for the next chapters in Paige's ever-intensifying life . . . This deft effort to build on the complex world she constructed in the first installment will solidify the series' rightful place among the best of fantasy, sci-fi and dystopian fiction.” —Shelf Awareness