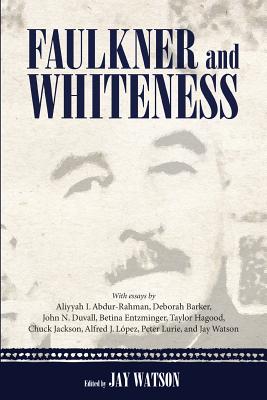 An exploration of the Nobel laureate's work and its interrogations of whiteness Essays by: Aliyyah I. Abdur-Rahman Deborah Barker John N. Duvall Betina Entzminger Taylor Hagood Chuck Jackson Peter Lurie Alfred J. L pez Jay Watson William Faulkner wrote during a tumultuous period in southern racial consciousness, between the years of the enactment of Jim Crow and the beginnings of the civil rights movement in the South. Throughout the writer's career racial paradigms were in flux, and these shifting notions are reflected in Faulkner's prose. Faulkner's fiction contains frequent questions about the ways in which white Americans view themselves with regard to race along with challenges to the racial codes and standards of the region, and complex portrayals of the interactions between blacks and whites. Throughout his work Faulkner contests white identity--its performance by whites and those passing for white, its role in shaping the South, and its assumption of normative identity in opposition to nonwhite "Others." This is true even in novels without a strong visible African American presence, such as As I Lay Dying, The Hamlet, The Town, and The Mansion. Faulkner and Whiteness explores the ways in which Faulkner's fiction addresses and destabilizes the concept of whiteness in American culture. Collectively, the essays argue that whiteness, as part of the Nobel Laureate's consistent querying of racial dynamics, is a central element. This anthology places Faulkner's oeuvre--and scholarly views of it--in the contexts of its contemporary literature and academic trends exploring race and texts. Jay Watson, Oxford, Mississippi, is professor of English at the University of Mississippi. He is the author of Forensic Fictions: The Lawyer Figure in Faulkner and the editor of Conversations with Larry Brown (University Press of Mississippi).