Twenty-First Century Puritanism: Why We Need It and How It Can Help Us (Hardcover) 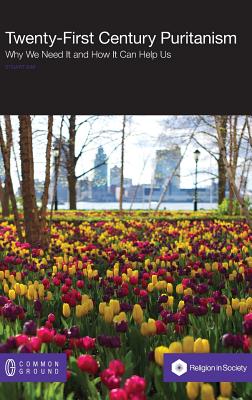 Puritanism is a very negative term nowadays, usually meaning something akin to 'killjoy'. In H. L. Mencken's witty putdown, Puritans were people beset with "the haunting fear that someone, somewhere, may be happy." In the popular mind a Puritan is someone strait-laced, severe, and intolerant of others' beliefs and behaviour; so to be described that way is effectively to be held up for ridicule. Academics have become very interested in Puritanism in recent decades, and there are many studies to be found of what it meant in its historical context. Yet in popular usage it is mainly a term of abuse - after all, who wants to be described as puritanical? It is hardly flattering to be perceived in that way.

Despite that reputation, Stuart Sim provocatively argues that Puritanism can be re-appropriated for our contemporary cultural situation, as an attitude of mind rather than a set of rigid beliefs. He insists that Puritanism has been unfairly reviled, and that it has some important lessons to teach us now, once we consider its history more carefully. Puritanism could be regarded as serious rather than severe, anti-authoritarian rather than intolerant, and those are characteristics that could play an important social role in contemporary life. The best aspects of Puritanism can be adapted, and after surveying both its historical emergence and then its legacy in British culture (as well as in various other countries, most notably the USA), Twenty-First Century Puritanism puts forward a secularised philosophy of Puritanism suitable for today's world.