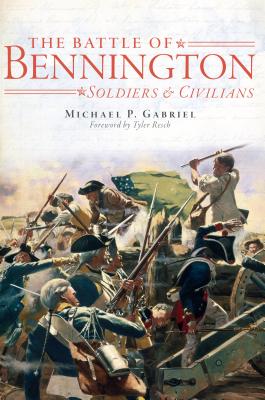 By Michael P. Gabriel, Tyler Resch (Foreword by)
$19.99
UNAVAILABLE-Possible Reasons: Backordered, Out-of-Stock, or Out-of-Print (But email us to search for a copy.)

On August 16, 1777, a motley militia won a resounding victory near Bennington, Vermont, against combined German, British and Loyalist forces.

This laid the foundation for the American victory at Saratoga two months later. Historian Michael P. Gabriel has collected over fifty firsthand accounts from the people who experienced this engagement, including veterans from both sides and civilians--women and children who witnessed the horrors of the battle. Gabriel also details a virtually unknown skirmish between Americans and Loyalists. These accounts, along with Gabriel's overviews of the battle, bring to life the terror, fear and uncertainty that caused thousands to see the British army as loved ones departed to fight for the fledgling United States.