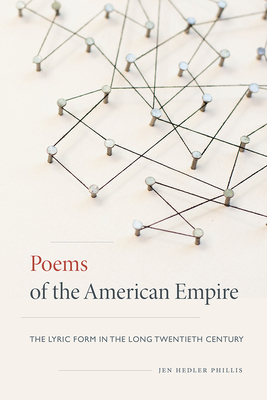 By Jen Hedler Phillis
$75.00
UNAVAILABLE-Possible Reasons: Backordered, Out-of-Stock, or Out-of-Print (But email us to search for a copy.)

This book makes a groundbreaking intervention by insisting that lyric time is key to understanding the genre. These poems demonstrate the lyric form’s ability to represent the totality of history, making American imperial power visible in its fullness. Neither strictly an empty celebration of American exceptionalism nor a catalog of atrocities, Poems of the American Empire allows us to see both.

Jen Hedler Phillis is an independent writer who lives in Chicago, Illinois.