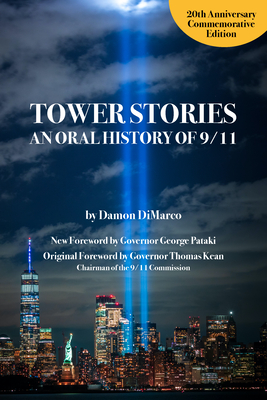 Damon DiMarco is the author of The Brown Agenda (with Richard Fuller), Heart of War: Soldiers' Voices from the Front Lines in Iraq, and My Two Chinas: The Memoir of a Chinese Counter-Revolutionary (with Baiqiao Tang), as well as The Actor's Art & Craft and The Actor's Guide to Creating a Character (both with William Esper). DiMarco has been a guest on national television and radio, including FOX, CNN, The National Geographic Channel, and the Premiere Radio Network. He has been a guest speaker at colleges, universities, and community groups across the country. A professional actor as well as a writer, Damon has appeared in primetime and daytime television programs on CBS, ABC, and NBC; commercials; independent films; regional theatres; and trade shows. He has written for the stage, television, and screen, and taught acting on the faculties of Drew University in Madison, New Jersey and the New York Film Academy in Manhattan. He teaches writing to PhD students in the History and Culture program at Drew University's Caspersen School of Graduate Studies. Governor George Pataki was raised on a farm in Peekskill, N.Y. He attended Yale University on a scholarship and actively participated in politics on campus, including serving as the chairman of the college's Conservative Party. After graduating from Yale in 1967, Pataki attended Columbia Law School where he received his law degree in 1970. Pataki first entered office a decade later when he became mayor of Peekskill in 1981. He was then elected to the New York State Assembly in 1984, and he served in that role until 1993, when he became a state senator. Pataki defeated Mario Cuomo in 1994 to become the first Republican governor of New York in 20 years. He remained in that role for three terms from 1995 to 2007. Pataki's service as governor was defined by his leadership during the September 11, 2001, terrorist attacks. After leaving office, Pataki joined Chadbourne & Parke LLP as counsel on environmental and corporate matters. Pataki also founded a business development firm with John Cahill, the Pataki-Cahill Group.