Trouble and Her Friends (Paragons of Queer Speculative Fiction) (Paperback) 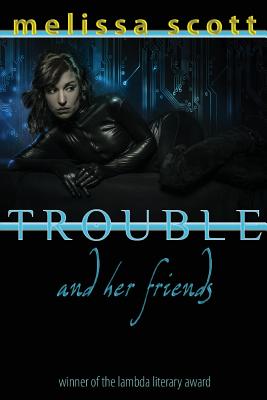 The Paragons of Queer Speculative Fiction series keeps alive books vital to gay imagination. India Carless, alias Trouble, managed to stay one step ahead of the feds until she retired from life as a hacker and settled down to run a small network for an artist's co-op. Now someone has stolen her pseudonym and begun to use it for criminal hacking. So Trouble returns. Once the fastest gun on the electronic frontier, she has been called out of retirement for one last fight. And it's a killer. Less than a hundred years from now, the forces of law and order crack down on the world of the internet. It is the closing of the frontier. The hip, noir adventurers who got by on wit, bravado, and drugs, who haunt the virtual worlds of the shadows of cyberspace are up against the edges of civilization. It's time to adapt or die.

Melissa Scott lives in Portsmouth, New Hampshire. She won the John Campbell Award at the start of her career, and is twice winner of the Lambda Award for SF.