The Power of African Cultures (Paperback) 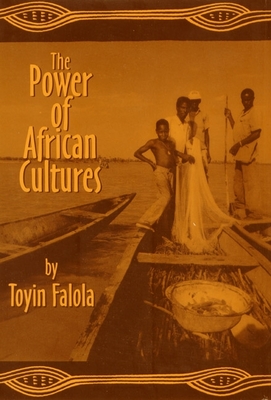 This book focuses on the modern cultures of Africa, from the consequences of the imposition of Western rule to the current struggles to define national identities in the context of neo-liberal economic policies and globalization.The book argues that it is against the backdrop of foreign influences that Africa has defined for itself notions of identity and development. African cultures have been evolving in response to change, and in other ways solidly rooted in a shared past. The book successfully deconstructs the last one hundred and fifty years of cultures that have been disrupted, replaced, and resurrected. The Power of African Cultures challenges many preconceived notions, such as male dominance and female submission, the supposed unity of ethnic groups, and contemporary Western stereotypes of Africans.
It also shows the dynamism of African cultures to adapt to foreign imposition: even as colonial rule forced the adoption of foreign institutions and cultures, African cultures appropriated these elements. Traditions were reworked, symbols redefined, and the past situated in contemporary problems in order to accommodate the modern era.

Toyin Falola is a Fellow of the Nigerian Academy of Letters and Fellow of the Historical Society of Nigeria. He is the recipient of the 2006 Cheikh Anta Diop Award for Exemplary Scholarship in AfricanStudies, and the 2008 Quintessence Award by the Africa Writers Endowment. He holds an honorary doctorate from Monmouth University and he is University Distinguished Teaching Professor at the University of Texas at Austin where heis also the Jacob and Frances Sanger Mossiker Chair in the Humanities. His books include Nationalism and African Intellectuals and Violence in Nigeria, both from the University of Rochester Press.