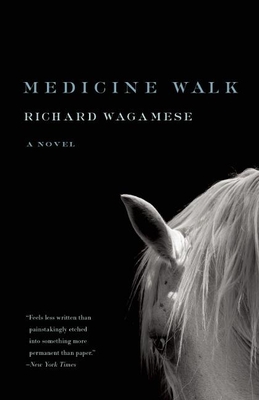 "A novel about the role of stories in our lives, those we tell ourselves about ourselves and those we agree to live by." --Globe and Mail

When Franklin Starlight is called to visit his father, he has mixed emotions. Raised by the old man he was entrusted to soon after his birth, Frank is haunted by the brief and troubling moments he has shared with his father, Eldon. When he finally travels by horseback to town, he finds Eldon on the edge of death, decimated from years of drinking.

The two undertake a difficult journey into the mountainous backcountry, in search of a place for Eldon to die and be buried in the warrior way. As they travel, Eldon tells his son the story of his own life--from an impoverished childhood to combat in the Korean War and his shell-shocked return. Through the fog of pain, Eldon relates to his son these desolate moments, as well as his life's fleeting but nonetheless crucial moments of happiness and hope, the sacrifices made in the name of love. And in telling his story, Eldon offers his son a world the boy has never seen, a history he has never known.

Richard Wagamese is one of Canada's foremost writers, and one of the leading Native writers in North America. The author of eight previous novels and several acclaimed memoirs, he has won numerous awards, including the National Aboriginal Achievement Award for Media and Communications, the Molson Prize, and the Canada Reads People's Choice Award. He lives in Kamloops, British Columbia.