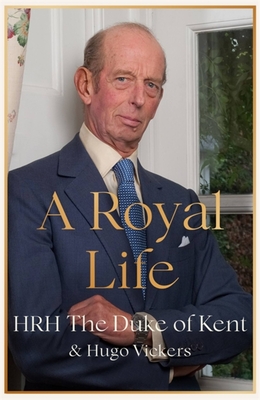 'A pleasure to read... a timely reminder of the need for service' Telegraph

HRH The Duke of Kent has been at the heart of the British Royal Family throughout his life. As a working member of the Royal Family, he has supported his cousin, The Queen, representing her at home and abroad. His royal duties began when, in 1952, at the age of sixteen, he walked in the procession behind King George VI's coffin, later paying homage to The Queen at her Coronation in 1953. Since then he has witnessed and participated in key Royal occasions. He represented The Queen at independence ceremonies from the age of twenty-five, he was riding with her when blanks were fired at Trooping the Colour in 1981, he was the oldest soldier on parade at Remembrance Sunday at the Cenotaph in November 2020 and he was alongside The Queen at her official birthday celebrations in June 2021 as Colonel of the Scots Guards.

No member of the Royal Family has spoken extensively of the modern reign and their part in it before. A Royal Life is a unique account based on a series of conversations between the Duke and acclaimed Royal historian Hugo Vickers. It covers some of the most important moments and experiences of the Duke's life, from his upbringing at his family home Coppins in Buckinghamshire, his twenty-one years of army life, his royal tours and events, through to his work for over 140 different organisations, including presenting the trophies at Wimbledon for more than 50 years. Here too are recollections of family members including his mother, Princess Marina, his grandmother, Queen Mary, his cousin, Prince Philip, the Duke of Edinburgh, and his uncle, King George VI.

The Duke is a keen photographer and the book contains never before seen photographs from his private collection.

Other members of the Royal Family contribute their memories, including his wife, the Duchess of Kent, the Duke's siblings, Princess Alexandra and Prince Michael of Kent, his son, the Earl of St Andrews, his daughter, Lady Helen Taylor as well as his cousins, Princess Elizabeth of Yugoslavia, Archduchess Helen of Austria and her brother, Hans Veit Toerring.

A Royal Life is an unprecedented, insightful and remarkable slice of Royal history.

HRH The Duke of Kent was born in 1935. He is the elder son of Prince George, Duke of Kent (a younger son of King George V and Queen Mary) and Princess Marina of Greece and Denmark. He was educated at Eton, Le Rosey and Sandhurst. He served in the armed forces for twenty-one years. As a working member of the Royal Family he has been involved with over 140 different organisations, across a range of issues including war commemoration, technology, business, sport and foreign relations. He presented the trophies at Wimbledon from 1969 to 2021. He married Katharine Worsley in 1961 and they have three children: George, Earl of St Andrews, Lady Helen Taylor and Lord Nicholas Windsor. He lives at Kensington Palace and continues his royal duties alongside The Queen or as her representative.

Hugo Vickers is an acknowledged expert on the British Royal Family. He has written biographies of the Queen Mother, Princess Andrew of Greece and the Duchess of Windsor and in 2017 he edited the bestselling The Quest for Queen Mary by James Pope-Hennessy. His most recent book, Malice in Wonderland: My Adventures in the World of Cecil Beaton was published in 2021. He is called upon to comment on the Royal Family in the international media.

A pleasure to read... a timely reminder of the need for service—Jane Ridley, Telegraph

Vickers has chosen an ideal format. With his minimal yet informative editorial interlacing, the voices and reminiscence of family and friends merge seamlessly, giving the impression of gathering round the fire on a winter evening. We realise how fortunate it is for the Queen to have such a reliable, human and sensitive figure to shoulder so many of her responsibilities, and how selflessly indeed he has served his cousin and monarch.—Nicky Haslam, The Oldie