South Carolina and Georgia in the American Revolution (Paperback) 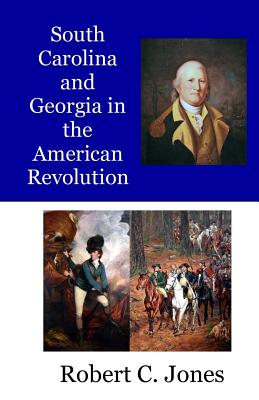 To most Americans, there is a gap in their knowledge as to what happened in the American Revolution between the Battle of Monmouth (June 28, 1778), and the surrender of Cornwallis to Washington at Yorktown (October 19, 1781). Most people know that there was fighting in the South, and the name Banastre Tarleton (and the move "The Patriot") may come to mind, but the details are a bit fuzzy. This book looks at the fighting in two of those states - Georgia, and South Carolina. While I would never claim that the Revolutionary War was won or lost in my home state of Georgia, one probably could make the case that the Revolution was won in South Carolina, because of a brave group of Colonial regular army, militia and partisan leaders and soldiers. The battles of Sullivan's Island, Cowpens and Kings Mountain were significant victories for the Colonials, and the latter two were key battles in winning the Revolution. The book contains 50+ illustrations.

Robert C. Jones served as President of the Kennesaw Historical Society for 21 years (1994-2015), and also served as a member of the executive board of the Kennesaw Museum Foundation for 17 years (1998-2015). The Museum Foundation helped fund the 45,000 square foot Southern Museum of Civil War and Locomotive History in Kennesaw, GA. Robert has written a number of books on Civil War and Revolutionary War themes, including "The End of the Civil War: 1865", "A Guide to the Civil War in Georgia", and "Heroes and Heroines of the American Revolution".