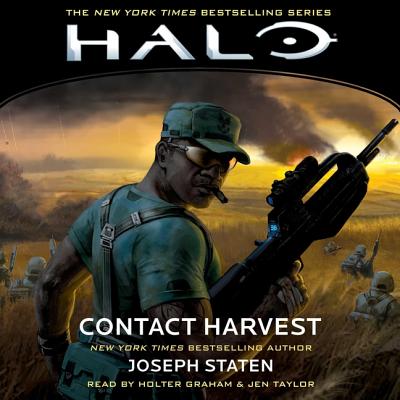 The classic full-length novel set in the Halo universe and based on the New York Times bestselling video game series 2524. Harvest is a peaceful, prosperous farming colony on the very edge of human-controlled space. But humanity has unknowingly trespassed on holy ground--straying into the path of the aggressive, theocratic empire known as the Covenant. What begins as a chance encounter between an alien privateer and a human freighter soon catapults all of mankind into a struggle for its very existence. But humanity is also currently locked in a bitter civil war of its own: the Insurrection. With resources strained to the breaking point, the ultimate survival of Harvest's citizens falls to a squad of battle-weary UNSC Marines and their inexperienced colonial militia trainees. In this unlikely group of heroes, one will stand above the rest--a young Marine staff sergeant named Avery Johnson....