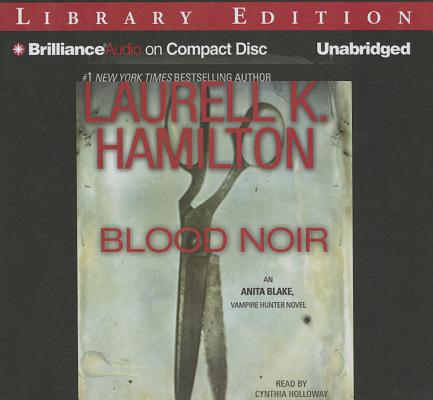 By Laurell K. Hamilton, Cynthia Holloway (Read by)
$87.97
UNAVAILABLE: Backordered or Out-of-Print (But email us to search for a used copy.)

This is book number 16 in the Anita Blake series.

Jason Schuyler is a werewolf. He's also one of Anita Blake's best friends, and sometimes her lover. And right now he needs her--not to be a vampire hunter, or a federal marshal, or a necromancer, or even for her rank in the werewolf pack, but because his father is dying. He needs Anita because she's a pretty woman who loves him, who can make him look like an everyday guy, who agrees to go home with him and help him say good-bye to the abusive father he never loved. The fact that Jason is about as much an everyday guy as Anita is a pretty woman is something they figure they can keep under wraps for a couple of days in a small town. How hard can that be?

Marmee Noir, ancient mother of all vampires, picks this weekend to make a move. Somehow she has cut the connection that binds Anita and Jean-Claude, leaving Jean-Claude unable to sense what is happening. Dangerous even as she sleeps, buried in darkness for a thousand years somewhere beneath the old country of Europe, Marmee Noir reaches out toward power. She has attacked Anita before, but never like this. In Anita she senses what she needs to make her enemies tremble....

"What The Da Vinci Code did for the religious thriller, the Anita Blake series has done for the vampire novel." --USA Today