Reaching beyond Faith: A Modern Mind Reads the Koran (Hardcover) 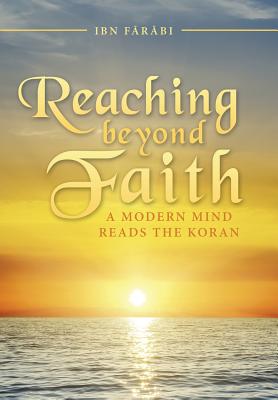 Reaching beyond Faith: A Modern Mind Reads the Koran takes the reader beyond the realm of pure faith to explore the Koran from an essentially non-pietistic point of view and in social, historical, geographic, and above all, human contexts. Its 14 chapters, using some 800 verses from the Koran, take a critical look at a wide range of issues: from the audience the message of the Koran was meant for to the role of humans in the compilation of the Koran itself, from the nature of God's speech to the human side of the life of the Prophet of Islam, from jihad to crime and punishment, from the Koran's call to piety to the place of women in society, from the magnificence of God's creation to the insignificance of man.

The rationale of such an exploration should be rather obvious. Although the state of the human mind that read the Koran some 1400 years ago may still be evidenced in many parts of the Muslim world, most modern Muslims today will be mortally offended if someone were to tell him or her that their minds harked back to those ancient times. To them, it is impossible to ignore the epochal strides made in human knowledge and circumstance since Muḥammad was first inspired to say: Read