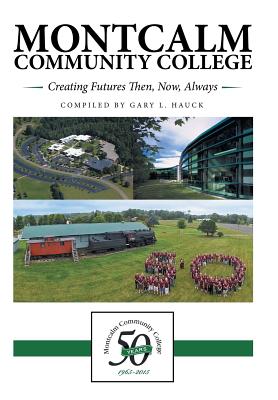 Montcalm Community College in Sidney, Michigan, has often been called, "The Pearl of Montcalm County"-and for good reason.

Amid farmlands and crystal lakes, the small bastion of higher education has faithfully endeavored to fulfill its mission of creating a learning community that contributes to the area's economic, cultural, and social prosperity.

This commemorative history celebrating the college's fiftieth anniversary includes numerous pictures that document its beginnings, growing pains, and advancement through five administrations to the respected and growing institution it is today. Learn key facts, including how:

Dr. Donald Fink, the institution's first president, took the concept of a college and moved it forward.

Staff at the college raised sorely needed money in the early years;

Anderson Farm was selected as the site of the college campus;

Through challenges and successes, the college has kept growing and continued to carry out its mission, proving that its story is not about buildings and programs. Rather, it's about the lives that have been touched, shaped, and changed forever.